You are here: Home » Blog » Environment » It’s A Strange Courage You Give Me, Ancient Crabs

It’s A Strange Courage You Give Me, Ancient Crabs

Call it “eco-poetic license.” Here is a sequel to my last story, “Annual Pilgrimage to the Delaware Bay in May.” Continuing the “ecology of mind” theme, these are more imagistic and poetic reflections of those trips in past years.

El Horseshoe Crab: Nuances on Themes by Williams and Stevens

Its a strange courage
you give me, ancient crabs:

Struggling ashore together in the moonrise
through the dark waves to spawn
a future of which you are a part.

I
Crawl and clasp, digging sand nests,
laying eggs by the millions
in clouds of swirling sperm.
We’re all in this together
pulled by the same tides, same May moon,
same dark waves, same courage, and delight!

II
Lend no credence to any humanity that refuses
to see itself in the light
of the moonrise reflected on your round backs.
No need to ask which is stronger,
this ancient lunar pull,
or their sad ideas
of gods and weapons.

Now here are the pair of poems that spawned mine above, after my encounter with the crabs and birds in 2006. El Hombre by the imagist poet William Carlos Williams (from: A Book of Poems: Al Que Quiere!, 1917), and the “reply,” Nuances of a Theme by Williams, by Wallace Stevens (from: Harmonium, 1923).

It’s a strange courage
you give me ancient star:

Shine alone in the sunrise
toward which you lend no part!

Nuances Of A Theme By Williams

I
Shine alone, shine nakedly, shine like bronze,
that reflects neither my face nor any inner part
of my being, shine like fire, that mirrors nothing.

II
Lend no part to any humanity that suffuses
you in its own light.
Be not chimera of morning,
Half-man, half-star.
Be not an intelligence,
Like a widow’s bird
Or an old horse.

Movie clip credit: Thanks to Susan for this video! 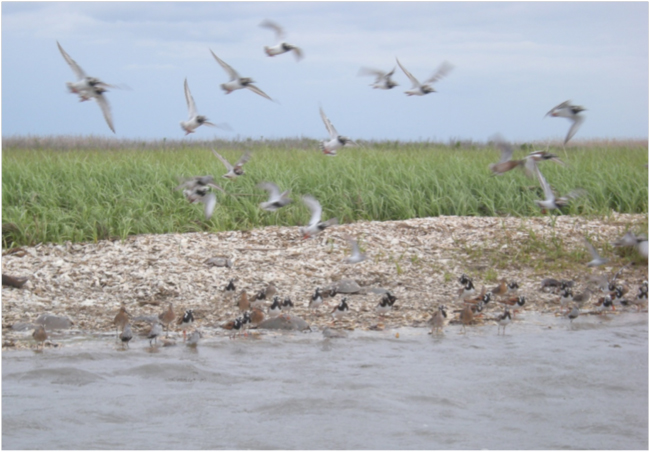 Wind pushes the canoe
from one quarter
and in the stern I fight
to steer us into
the wind waves,
keep them on the bow.
Tide running in,
the current around the point
stands up small breaking waves
like rapids in a river
off the gravel bottom
and we cross those
on another angle.

Everything’s moving
at different angles
and on top of it all
is the din of gulls
and the soft feeding chuckle
of the knots, dunlins, turnstones
as they revel in a frenzy
of horseshoe crabs
writhing and spawning
in the rising tide. 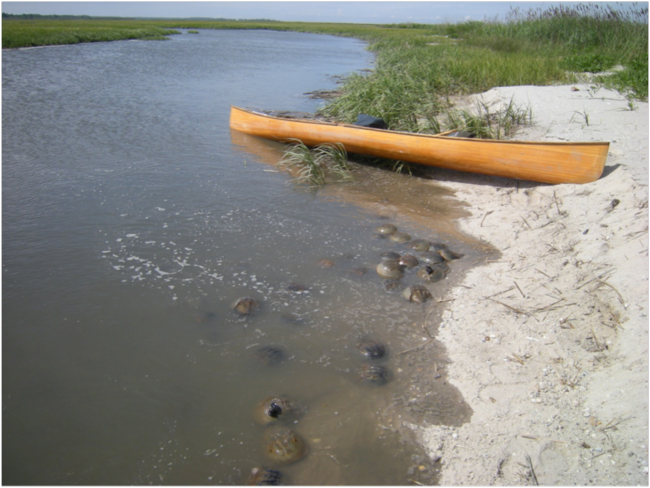 Canoe and crabs on the rising tide, Mispillion saltmarsh, 22 May 2010 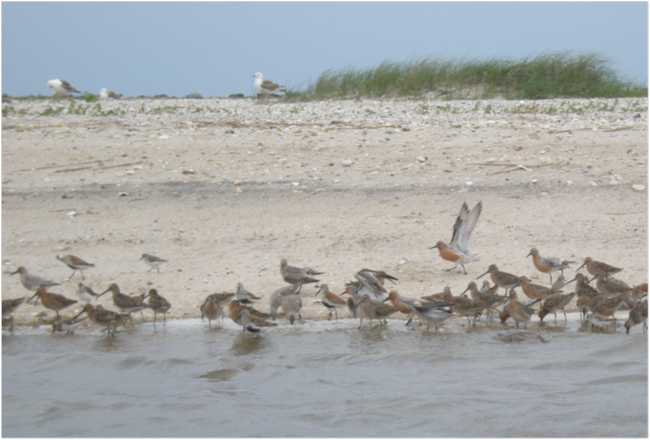