Walking along the shore of the Arctic Ocean in a stiff cold wind… were those patches of white just offshore clusters of sea ice? Maybe… No! Those white objects suddenly rose up in a noisy cloud, swirling above the water and heading inland over us. And this wasn’t the Arctic, but the Delaware coast between Rehoboth Beach and Cape Henlopen, in mid-January. It certainly felt arctic, but it was the Arctic come to us, in the form cold weather and snow geese. 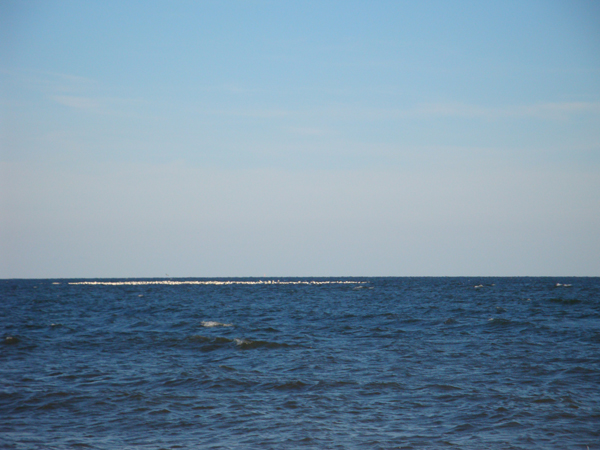 The snow goose, Chen caerulescens, now has one of the largest populations of any goose in the world, ranking behind only the Canada goose (Branta canadensis) in population size. It is estimated that there are more than seven million snow geese. It wasn’t always this way. One hundred years ago, because of unregulated hunting and alteration of their winter habitat, snow goose populations had crashed. Although snow goose hunting was banned in the eastern U.S. in 1916, their recovery was very slow. In the 1950s there was only one flock of a few thousand snow geese in New Jersey, for example, according to Pete Dunne of the Cape May Bird Observatory. Now tens of thousands of snow geese winter in New Jersey, and hundreds of thousands in the mid-Atlantic region, a dramatic population recovery in half a century. This is probably due mainly to the regulation of goose hunting and the conservation of coastal marshes that are their winter habitat. Prime Hook and Bombay Hook National Wildlife Refuges, on the western shore of Delaware Bay, are examples of the many National Wildlife Refuges that now protect marshes and other essential overwintering habitat for snow geese and many other species. 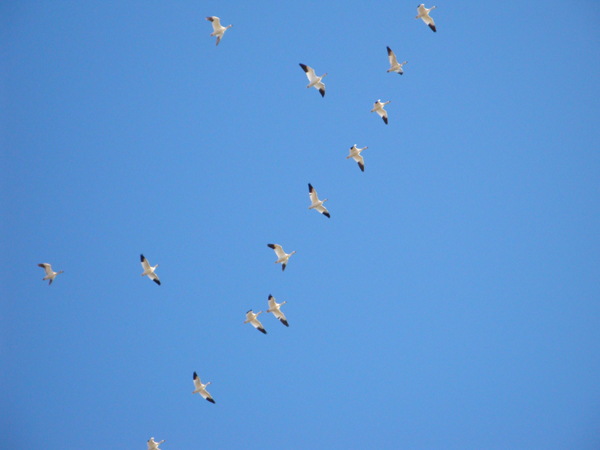 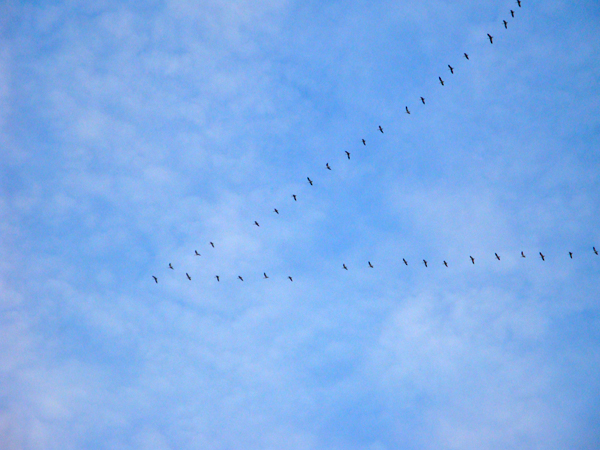 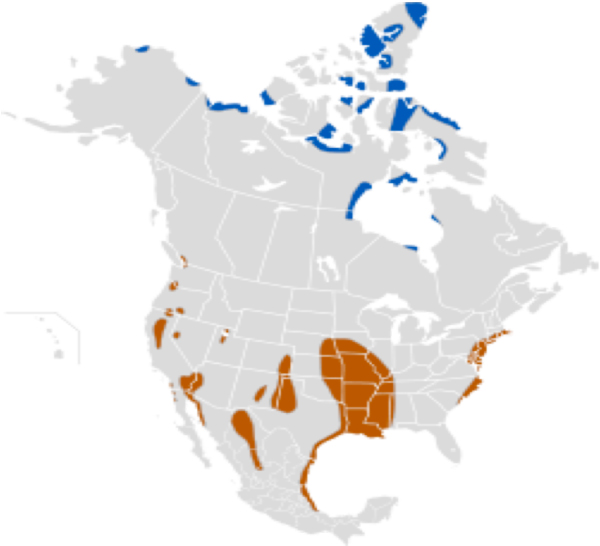 No one really knows whether the total number of snow geese is much greater or much less than that when European colonists first landed on these mid-Atlantic shores. Some biologists think that snow geese populations may be larger than ever before. One proposed explanation is that because they have learned to glean grain from farm fields that is left after harvest, such as wheat, rice, and maize, the winter survival of snow geese may have increased. And, we now know that the Arctic has been warming year by year as a result of human-caused climate change. This also may have played a role in the dramatic growth of snow goose populations in the last fifty years.

At sunset one day in January, the sky above the Prime Hook NWR was filled with yelping skeins of snow geese. In ecosystems, everything is connected, in space and in time. So far, even with global climate warming, these wavering strings of geese knit our mid-Atlantic environment to the shores of the Arctic Ocean, as they have for tens of millennia, at least. 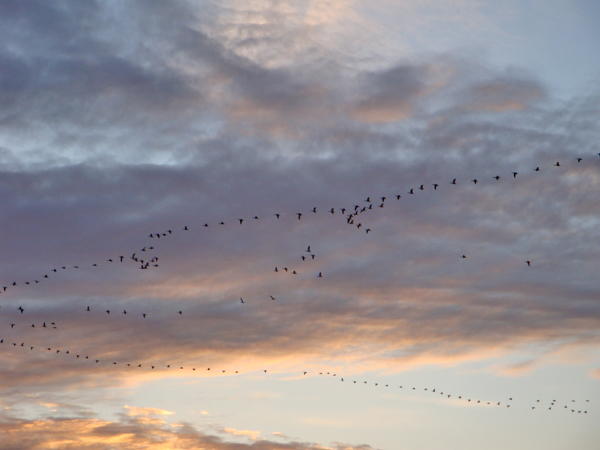 But the sunset skeins are unsettled and restless. When they are unsettled, we feel it, and we share it. We have a deep empathy with the wild world around us, an empathy evolved into us, just as the migratory restlessness of the geese evolved in them. 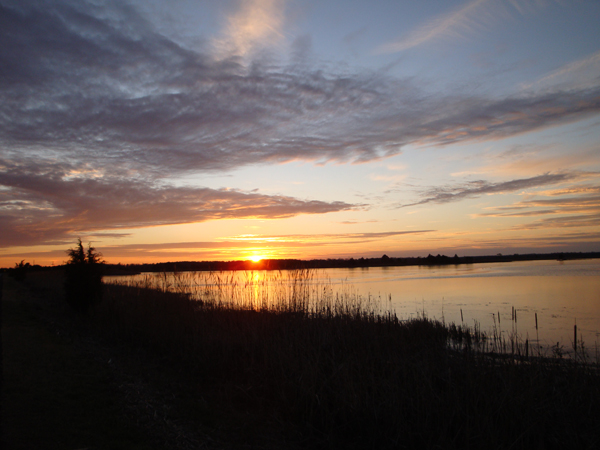