At the headquarters of the Malindi Marine National Park and Reserve we met with the Senior Warden and some of his staff. The park and reserve are managed by the Kenya Wildlife Service (KWS).  The warden talked about the many threats to the reserve; degradation of coral reefs from siltation caused by agricultural activities along the Sabaki River, which flows into the ocean near Malindi; unsustainable fishing by both local and migrant fishermen, including the use of illegal fishing gear; and the threat to corals from global warming and ocean acidification, with symptoms of coral bleaching and sometimes death.  They are trying, here to address the threats and resolve the many conflicts over reef and coastal resources. 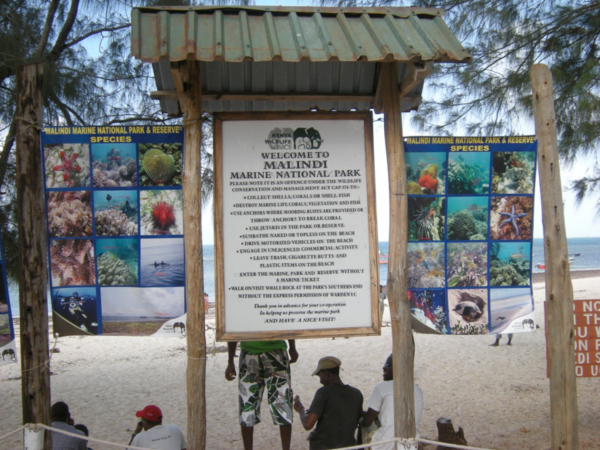 On the beach in front of the park headquarters, under casuarina and palm trees, was a chaos of glass-bottomed boat operators hustling for clients, groups of students and their teachers, and a mélange of tourists from all over the world.  The park helps support its management by allowing local operators to take tourists out to view the “coral gardens” just offshore in home-built glass-bottomed boats.  Each has to have a captain, a “lifesaver,” and a license from KWS.  Athman had arranged for a friend of his, Captain Ali Baba, to take us out for a reasonable price.  After paying our fees at the KWS Office, we putt-putted out to an area of corals about a half kilometer off the beach, where some mooring buoys had been fixed so boats could tie up without dropping an anchor, and damaging the corals. 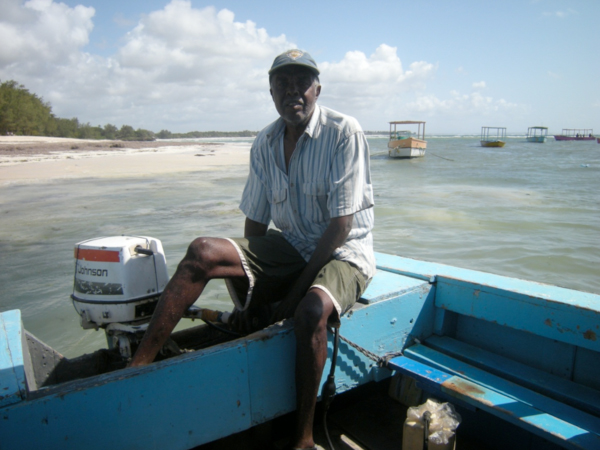 We were inside the fringing reef, but there was a brisk wind from the southeast, some moderate swells, and fairly strong currents.   Ali’s first trick was to open a package of cookies and start tossing pieces on the surface, which soon raised up a swirl of colorful reef fish of all sizes.  Although you could glimpse some of the color from the surface and see occasional fish swimming under the boat through the glass windows in the bottom, I wanted a closer view. 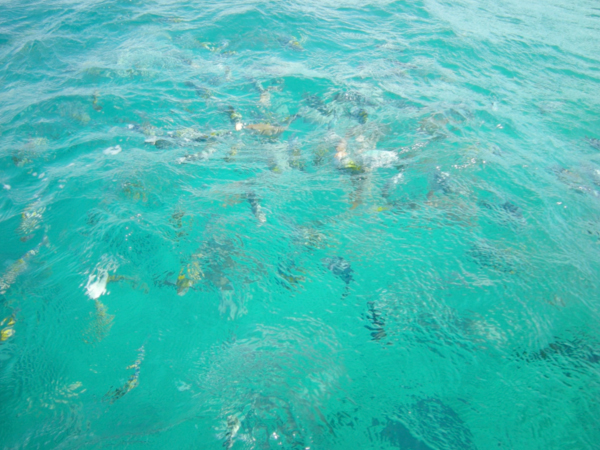 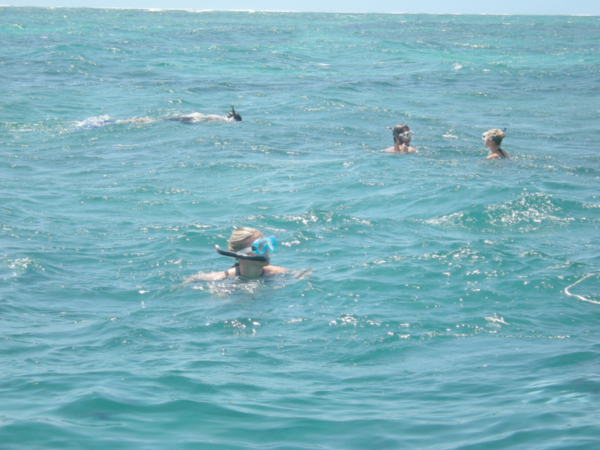 With mask and snorkel, the world of the reef opened up, and once again I found myself amazed with wonder at this unfamiliar, beautiful world.  The impression, for me, is something like flying – the weightlessness of being in water, and the three-dimensional view of the reef from above.  Dozens of kinds of fish of different sizes and shapes, with crazy colors and patterns, swirled in and out and around the coral domes and canyons. A good sized octopus, mottled white and reddish, danced across a sandy bottom.  Strong currents washed through the coral passes. I occasionally took a look at how far I was drifting from the boat, and kicked myself back in that direction.  Some areas of the reef looked relatively healthy, but in other places there were lots of broken corals, and lots of algae growing on what seemed like dead coral.  I wondered about the overall health of this reef, and about whether some of the damage is the result of the intensity of the tourism itself.  Time seemed suspended for more than an hour that I snorkeled, but finally my mind was saturated with images of the reef, I needed a bit of rest from the waves and currents, and reluctantly climbed up the boat ladder to become a terrestrial creature again. Until next time.