You are here: Home » Blog » Biodiversity » Laudato Si’: The Pope’s Encyclical on Care for Our Common Home

Laudato Si’: The Pope’s Encyclical on Care for Our Common Home

September 2015. Pope Francis’s visit to Washington, DC, this week motivated me to speed up my reading of his lengthy and weighty encyclical on climate change, ecology, and humans and nature, “Laudato Si’: On Care for our Common Home.” The document is a nearly 200-page book from the Vatican Press, and available online. It is rich reading for anyone interested in the interface of religion and ecology, ecological worldviews, and environmental philosophy. I recommend it wholeheartedly, but a close read will require patience. 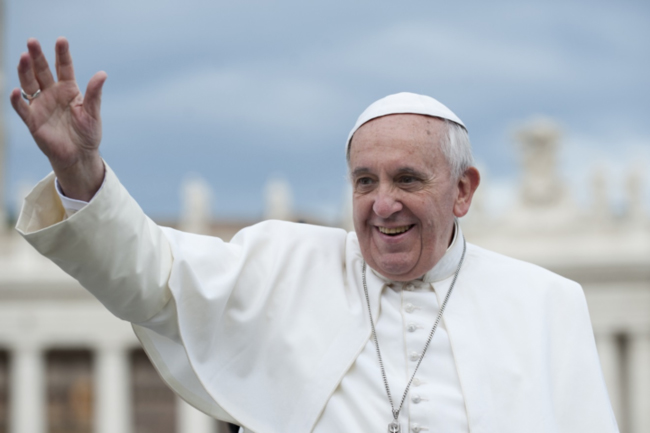 Early in the document, on page nine, the Pope writes that Saint Francis of Assisi, whose name he adopted, “… is the example par excellence of care for the vulnerable and of an integral ecology lived out joyfully and authentically. He is the patron saint of all who study and work in the area of ecology…” I love his phrase “integral ecology” – it suggests a life and lifestyle lived out of an ecological worldview. And maybe Saint Francis of Assisi is the patron saint of my profession? But I may be reading more into Pope Francis’s words than he intended. 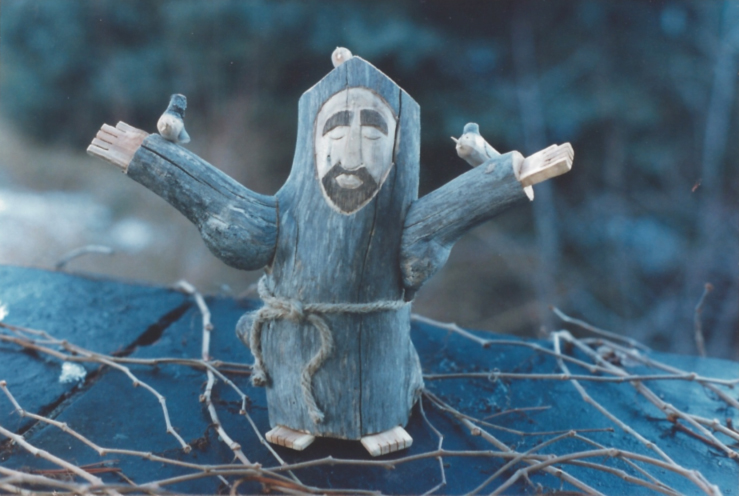 To my ears at least, so many of the statements in Laudato Si’ sound so modern, so apt for these times. Here is a small sample:

Sounding a bit like Aldo Leopold or some other modern ecologist, the Pope wrote: “It may well disturb us to learn of the extinction of mammals or birds, since they are more visible. But the good functioning of ecosystems also requires fungi, algae, worms, insects, reptiles and an innumerable variety of microorganisms. Some less numerous species, although generally unseen, nonetheless play a critical role in maintaining the equilibrium of a particular place.” The “good functioning of ecosystems,” and its relationship to species diversity, is a topic of intense research in ecology right now. Scores of papers on this topic of “biodiversity and ecosystem function” were presented at the recent annual meeting of the Ecological Society of America, held in Baltimore in August, for example.

And echoing one of my favorite statements from John Muir, which I often quote as the fundamental principle of ecology, Pope Francis wrote: “It cannot be emphasized enough how everything is interconnected.” Muir said “When we try to pick out anything by itself, we find it hitched to everything else in the Universe.”

Elsewhere the Pope wrote that “Nature cannot be regarded as something separate from ourselves or as a mere setting in which we live. We are part of nature, included in it and thus in constant interaction with it… It is essential to seek comprehensive solutions which consider the interactions within natural systems themselves and with social systems. We are faced not with two separate crises, one environmental and the other social, but rather with one complex crisis which is both social and environmental.” This statement places the Pope’s thinking at the cutting edge of ecology and conservation biology, where research into “social-ecological systems” is becoming more and more common.

But before continuing with a discussion of the ecological encyclical, let’s take a moment to look back at Francis of Assisi, whose name the current Pope deliberately chose. What can what we know of that Francis tell us about his worldview? First, let’s look at his “canticle” from which the Pope took the title of his encyclical, Laudato Si’. Francis wrote the “Canticle of the Creatures” in the Umbrian dialect around 1224 or 1225 AD:

Be praised, my Lord, through our sister Mother Earth,
who feeds us and rules us,
and produces various fruits with colored flowers and herbs.

You may notice that Francis did not say that he was praising Earth, the planet, but that he was praising God for the planet that he created for us humans. Unlike for the Incas, for whom Pachamama, “Mother Earth,” was god, for Francis she was apparently only a co-created “sister.” That’s potentially a big difference, and a different worldview.

And what about Francis of Assisi as the “patron saint of ecology,” as the Pope claims? I’ve been fascinated by that Francis for a long time. I’ve carved statues of St. Francis from aspen wood in the style of New Mexican santero woodcarvers like Ben Ortega from Chimayo, near where I grew up. I’ve visited Assisi. And I’ve looked into the stories about him, one of which is about his interaction with a wolf in the Italian village of Gubbio.

The story is that once there was a wild wolf who was terrorizing the flocks of sheep near Gubbio, and eventually it even began killing shepherds. Francis, who in legend was supposed to be able to communicate the truth of the gospel even to his animal brothers and sisters, went and talked to the wolf. According to one account, Francis is supposed to have said, ”Brother wolf, thou hast done much evil in this land, destroying and killing the creatures of God without his permission; yea, not animals only hast thou destroyed, but thou hast even dared to devour men, made after the image of God; for which thing thou art worthy of being hanged like a robber and a murderer.” To make the story short, Francis talked to that wild, sheep- and man-killing wolf, and convinced it to move on, and leave the poor shepherds of Gubbio to raise their flocks according to… God’s plan, I guess? Where the wolf had to go to find a still-wild ecosystem with undomesticated wolf-food wasn’t part of the story, and it isn’t clear what “God’s plan” for the wolf was. Well… OK… but that story is enough to call into question the qualifications of Saint Francis of Assisi to be the patron saint of ecology. 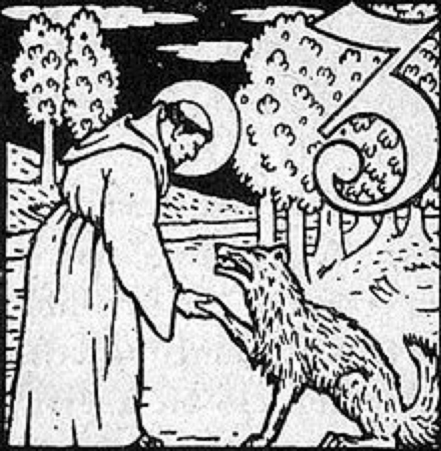 But back to Laudato Si’. Pope Francis certainly champions the view that ethics and the environment are interconnected, as expressed often in the encyclical. Again, a small sampling:

The Pope argues that resolving the environmental crisis and the human development crisis will require a serious lifestyle change, and even a new worldview.

In his speech on Friday (25 September) to the United Nations General Assembly, Francis was adamant that we must protect nature in order to protect ourselves. The Pope said “Above all, we have to affirm that a true “right of the environment” does exist, for two reasons. First, because human beings are part of the environment. … Any harm done to the environment, therefore, is harm done to humanity.” Hearing this, I began to imagine that the Pope was expressing an eco-centric worldview, which I had also imagined when reading certain passages in Laudato Si’, such as: “Because all creatures are connected, each must be cherished with love and respect, for all of us as living creatures are dependent on one another.” In this statement, I imagined I heard an echo of the Buddhist view that a fundamental principle of reality is “dependent co-arising,” or “interbeing” – paticca samuppada in the ancient Pali language of the Buddhist canon. In another passage in the encyclical Pope Francis wrote: “Let us mention, for example, those richly biodiverse lungs of our planet which are the Amazon and the Congo basins, or the great aquifers and glaciers. We know how important these are for the entire earth and for the future of humanity.” In calling tropical rainforests the “lungs of our planet,” the Pope uses terms very similar to Thich Nhat Hanh, the Vietnamese Zen Buddhist environmentalist, who, in the eco-centric view of “interbeing,” suggested that it would be as stupid to cut off your own leg as to cut down your rainforest “lungs.” Both are part of your “eco-self,” in an ecocentric worldview. 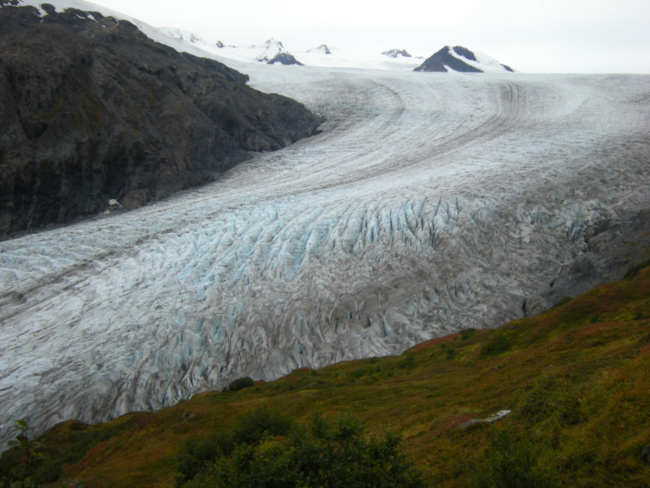 However, both in his UN address and in Laudato Si’, the Pope gives a second reason why we should protect nature, biodiversity, the climate, and the environment: They are God’s creation, his gift to his human children. For Pope Francis, as it was for St. Francis of Assisi, the underlying worldview is theocentric, not ecocentric. For the Pope, and church he leads, “In the Judaeo-Christian tradition, the word ‘creation’ has a broader meaning than ‘nature,’ for it has to do with God’s loving plan in which every creature has its own value and significance. Nature is usually seen as a system which can be studied, understood and controlled, whereas creation can only be understood as a gift from the outstretched hand of the Father of all…”

Later in the encyclical, Pope Francis said: “We are not God. The earth was here before us and it has been given to us. This allows us to respond to the charge that Judaeo-Christian thinking, on the basis of the Genesis account which grants man ‘dominion’ over the earth (cf. Gen 1 :28), has encouraged the unbridled exploitation of nature by painting him as domineering and destructive by nature. This is not a correct interpretation of the Bible as understood by the Church. Although it is true that we Christians have at times incorrectly interpreted the Scriptures, nowadays we must forcefully reject the notion that our being created in God’s image and given dominion over the earth justifies absolute domination over other creatures.” That’s a great advancement over the old “God gave humans dominion” view of the Old Testament, and I applaud the Pope for so forcefully repudiating it.

But despite the many statements in Laudato Si’ that sound modern and scientific regarding Earth’s environment and climate, and our human relationship with our home planet, the worldview from which they come is not “modern.” It is grounded in the old theocentric worldview that Christianity inherited from Judaism and has maintained ever since. Scientists, writers, and philosophers in both Europe and America began to move away from that old Judaeo-Christian perspective in the late 1700s. Led by Alexander von Humboldt, the worldview they slowly evolved contained a deep spirituality, but harmonized with science.

The Pope in his encyclical writes that “… Judaeo-Christian thought demythologized nature. While continuing to admire its grandeur and immensity, it no longer saw nature as divine.” But what Humboldt and his European and American followers began to say then, around 200 years ago, was the opposite: that “creation” and “nature” were one and the same. They were Humboldt’s “kosmos,” and the Sierra Nevadan “church” of John Muir. They were the same thing, both divine. Big difference. Different worldview.

But, how much difference do underlying worldviews make to developing an Earth ethic? I’m not quite sure. Like the Pope, I’m not a fan of ideological rigidity. The real question is whether we can come together to develop an “integral ecology,” an ecologically-sustainable economic and social system that will sustain nature and humans on Earth, our interdependent “common home.” Vamos a ver. We’ll see. 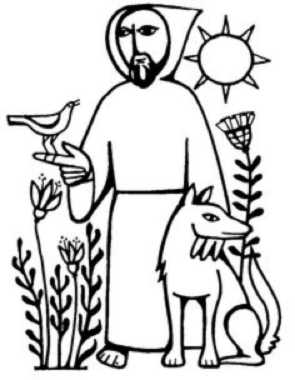 St. Francis and the Wolf