I never imagined having a chance to work in Albania until I was invited to provide a perspective on forestry, agriculture, and other land uses as part of a multi-agency U.S. team assessing the potential for assisting the country with a strategy for “low emissions development.”  The Obama Administration, as part of commitments made at the Conferences of Parties to the United Nations Convention on Climate Change in Copenhagen and Cancun, had pledged to support such strategies in twenty countries, to help them both develop economically and reduce their use of fossil fuels and the carbon dioxide and other greenhouse gas emissions that are warming our planet.  Albania was one of the countries that the U.S. government, led by the U.S. Agency for International Development, was potentially interested in assisting with such a strategy. 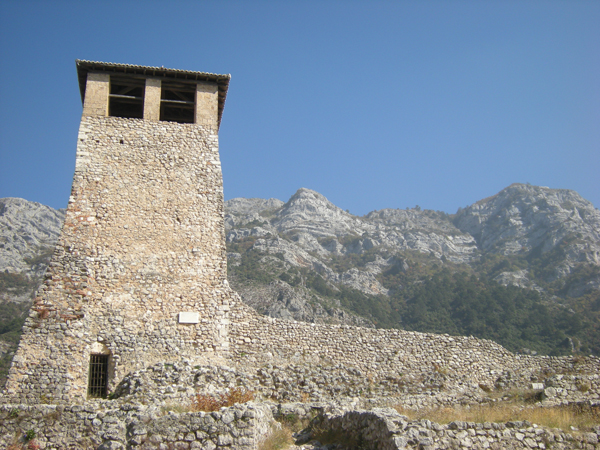 Albania lies at the geographical and historical crossroads of Europe and the Middle East, bordering Greece, Macedonia, Kosovo, and Montenegro, and lying a short distance across the Adriatic Sea from Italy.  It was the frontier of the centuries-long conflict between Christianity and Islam.  At Kruja, not far from the modern capital of Tirana, King Skanderbeg held off the Ottoman Turkish armies for a quarter of a century in the 1400’s, leading to Albania’s claim that it saved Europe from conquest by the Muslim Ottoman Turks. More recently, the xenophopic socialist regime of Enver Hoxha made Albania an economic and political backwater, from the end of WW II to his death in 1985, and Albania’s transition to democracy in 1992. 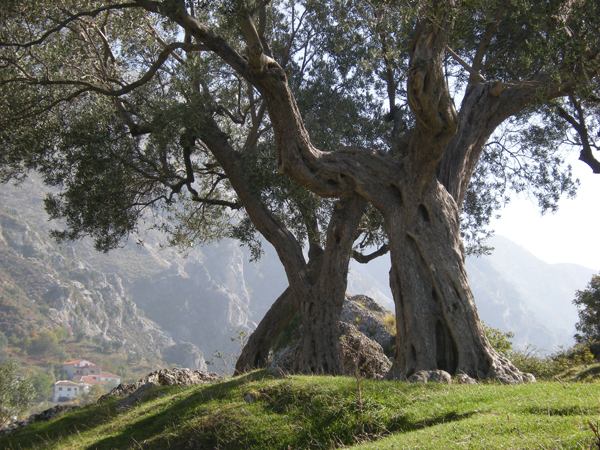 Perhaps part of the reason for Albania’s unique history is its geography.  It is a uniquely steep and mountainous country.  With a seacoast of 360 kilometers (225 miles), and only about the size of the U.S. state of Maryland, the average elevation of Albania is over 700 meters (2,300 feet), twice that of the rest of Europe.  This is a country of hills, mountains, river valleys, and a small coastal plain.  Almost 40% of Albania is forested, and the majority of forests lie on slopes that are too steep for crops.  Mountain meadows and pastures, interspersed with forests and covering 14% of the country, support grazing by sheep, goats, and cattle.

Albania is also a relatively wet country for this region, with annual precipitation ranging from 600 to 3,000 mm (24 to 118 inches).  Combined with its steep topography, this climate gives Albania a very large potential for hydro-electric power production.  The potential began to be realized in the late 1950’s, during Albania’s period of friendship with the USSR. The first hydropower project was the Ulez Dam and hydropower station on the Mati River, completed in 1957, with a second dam and power plant downstream at Shkopeti, in 1963. Now, 95% of Albania’s electricity comes from hydropower – an enviable percentage from the point-of-view of renewable energy and “low emissions development.”  Hydro-electric planners in Albania claim that the current hydropower production is the tip of the iceberg, estimating that only one third of the country’s potential has been realized.  They imagine Albania as a major exporter of low-carbon hydroelectricity to the rest of southeast Europe.

Of course, the mountain watersheds for all the rivers that produce hydropower are forested.  Elsewhere in the world, forests are known to influence the flow and quality of water in their watersheds, although the exact relationships are complicated from the point-of-view of hydrological science.  In Albania, my questions about forest hydrology always reached a dead end.  Finally several experts confirmed to me that no studies of the relationship between forests and water had ever been conducted in Albania.

I was here to investigate forest issues.  Forests in Albania were, under the Hoxha regime, the property of the central government.  Traditional forest users and rural communities were marginalized when it came to forest management.  After Albania’s transition to democracy, beginning in 1996, the World Bank’s Albania Forestry Project supported some pilot experiences with decentralizing the rights and responsibilities for forest management to local communities.  In 2005 this project was followed by a second phase, the Albania Natural Resources Development Project.  In 2008 the Albanian government rapidly devolved forest management responsibility for 60% of the country’s forest lands to local government units – many of which had no experience or capacity.  As the World Bank projects evolved from a few commune-level pilot activities to a national-level structure for decentralized forest management, the local Forest and Pasture User Associations came together in regional associations, and finally into the National Federation of Communal Forests and Pastures of Albania, NFCFPA.

It was this organization that invited me to see some forests and meet some communities on the ground to understand the situation better.  We headed out early on a glorious, sunny, late October day, driving north from Tirana past the historic town of Kruja, and after stopping for coffee, turned east up the valley of the Mati River.  The river ran free between steep walls in the lower gorge, until we skirted the base of the Shkopeti Dam, went through a tunnel, and emerged beside the reservoir above the dam.  The scenic cliffs enclosing the dam immediately reminded me of the landscapes of Yosemite National Park, in California, where I had been a few weeks earlier, and I thought: this may be the Albanian equivalent of Hetch Hetchy.  The Hetch Hetchy Dam, completed in 1923, lies within Yosemite National Park, and its reservoir flooded a scenic glacial valley that John Muir, a central figure in American nature conservation, considered a physical and spiritual twin of the Yosemite Valley.  It provides drinking water to San Francisco.  Obviously, the spirit of materialism and lack of nature protection in Albania in the early 1960s and the U.S. in the nineteen-teens were similar. 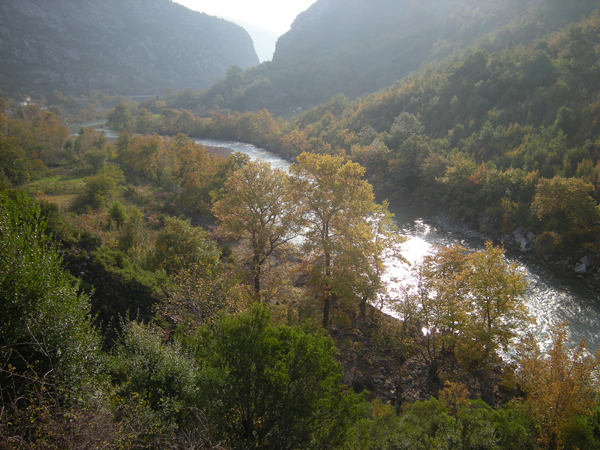 Gorge of the Mati River just downstream from the Shkopeti Dam 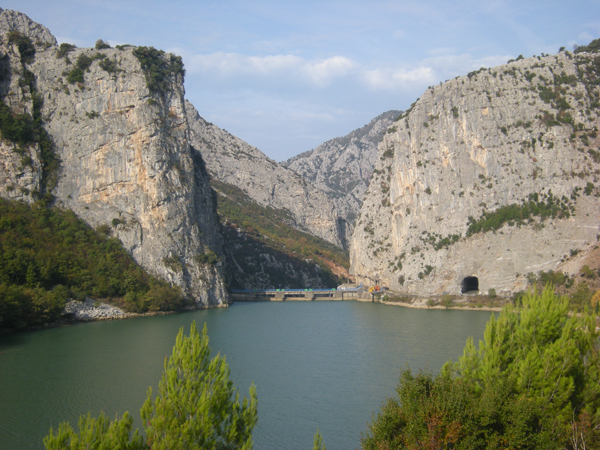 A half an hour above the Shkopeti Dam, we turned off the main road to Ulez on a gravel farm road, and stopped where a group of about fifteen people were gathered. The NFCFPA had taken this opportunity to organize a cross-site visit and training session, bringing associates of their organization from several regions of Albania to visit the Ulez Commune, one of the early pilot communities involved in forest decentralization.  Ulez was, from their viewpoint, a success story of how the process should work.  After the appropriate introductions and greetings, we all scrambled up a steep slope above the road into a young oak forest to the monitoring plot established by the NFCFPA.  The sun filtered through the leafy canopy as we perched on the steep slope, listening to presentations about this unique site, and its lessons for Albania in general. 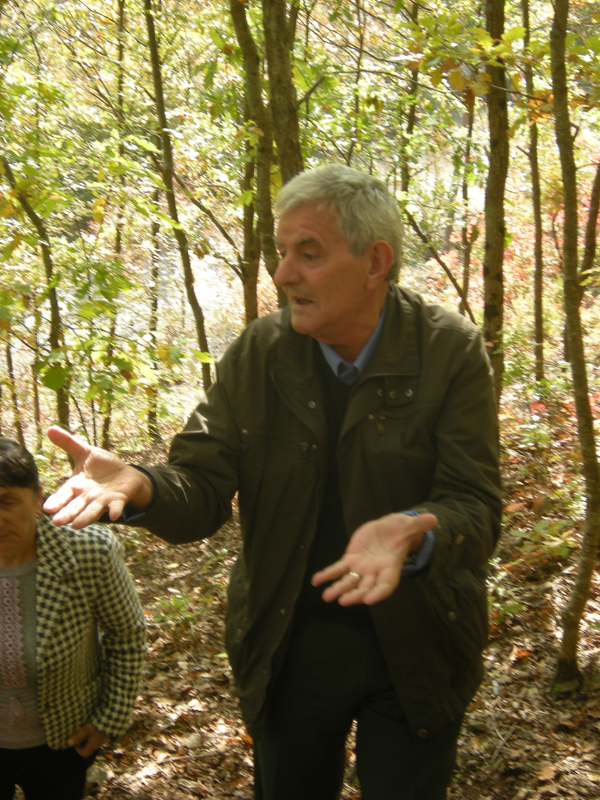 Rexhep Ndreu, Director of the National Federation of Communal Forests and Pastures of Albania, describing their work at the forest monitoring plot in Ulez Commune. 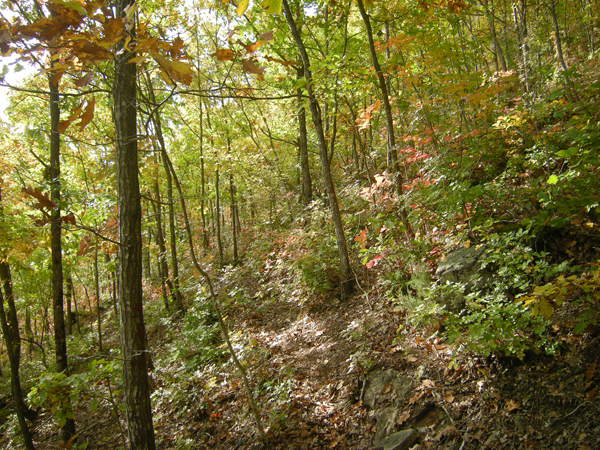 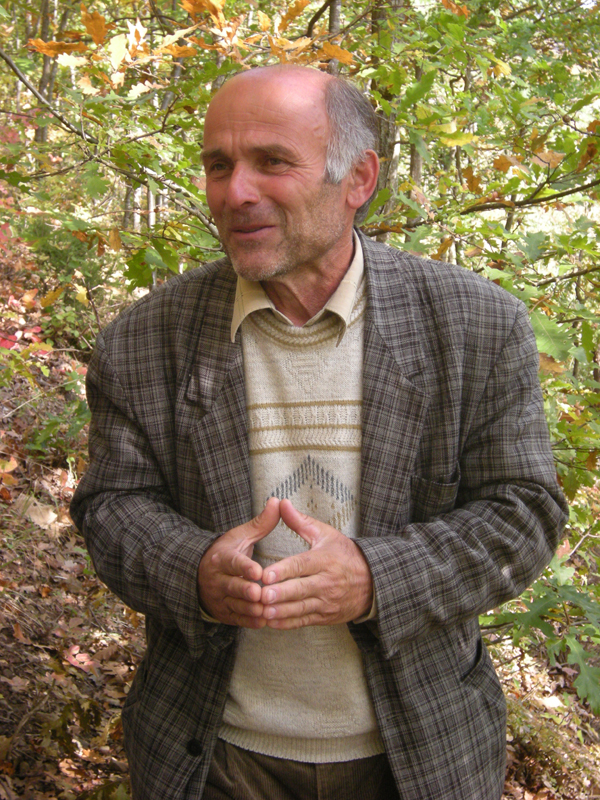 After more than an hour, when the presentations, questions, and discussion in the oak forest had run their course, we all slipped and slid down to the road again, and drove back to the main road, past the Ulez Dam, to the town of Ulez.  We were hosted by the ex-mayor, Pal Qoku, trained as a forester, who had been instrumental in making Ulez Commune an early success story in forest decentralization in Albania.  Sipping cappuccinos on the sunny terrace of a restaurant overlooking the reservoir, we discussed the challenges and opportunities of community-based forest management.  Despite being in a completely different context than any of my other experiences, this was totally familiar:  Zimbabwe, Colombia, Colorado… This is always the same issue: how can we give local people, who live with nature in their home place, the responsibility, the motivation, the power, and the tools to manage their natural resources sustainably? I gave a five-minute impromptu “speech” in which I tried to express this to these wonderful Albanian farmers, forest managers, and NGO representatives. Albora Kacani of NFCFPA translated. I don’t really know if they understood.  But I think they did – there was a lot of nodding of “yes, we agree” – a universal language.

Ulez Dam and hydropower plant on the Mati River, built in 1957 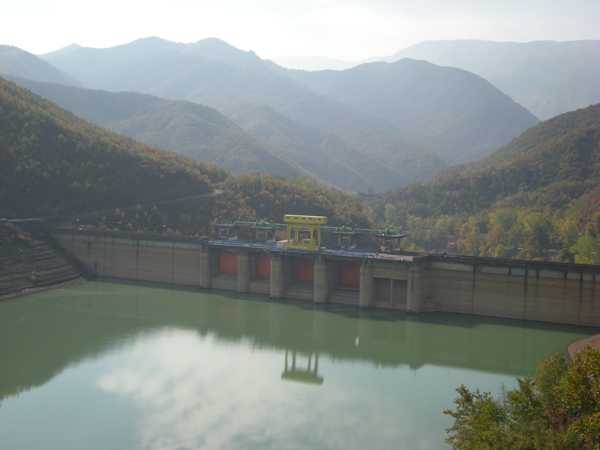 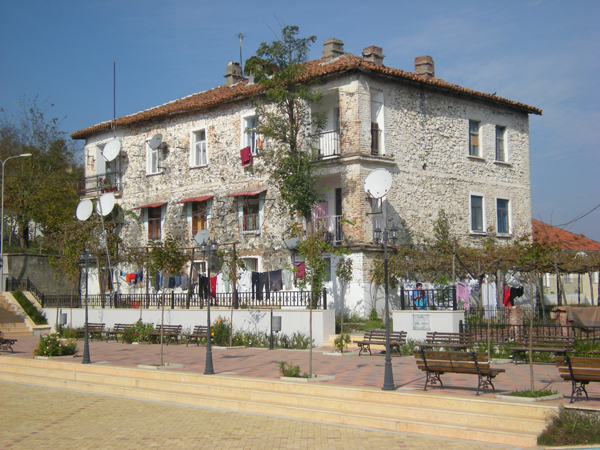 Apartments on the main square, Ulez 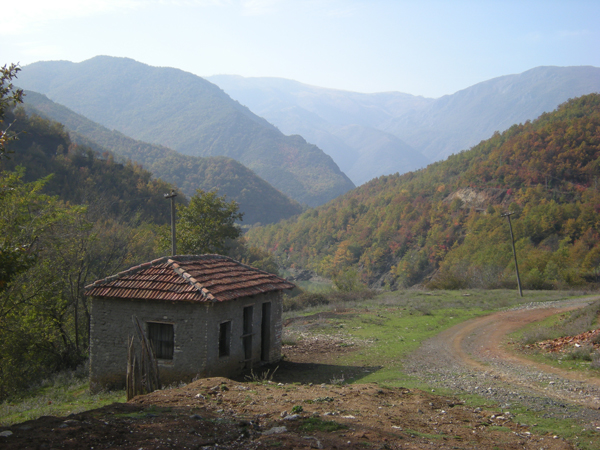 But what does all this have to do with a development path that will maximize the use of renewable resources – low carbon emissions development?  For one thing, the watersheds of the rivers that funnel water to Albania’s hydropower plants are forested.  Or not.  And if not, erosion sends sediment into the reservoirs, and the seasonal variation in water flow will be affected.  Although the relationship between forests and water is a subject of concern, and scientific study, all around the world, we found after asking a number of forest experts that forest hydrology is a topic that has never been studied in Albania.  Also, wood – a renewable, carbon-neutral energy source – is estimated to contribute 90% of the space heating energy, and 10% of the total primary energy supply, of the country.  Despite this, reliable studies of wood as a fuel are lacking.  What all this adds up to, in my mind, is that because forests are fundamental to both hydro-electric power production and renewable wood for heating, the local communities that actually live with, and should manage, Albania’s forests are the key to a low carbon-emission, climate-change-friendly future for the country.

I glimpsed that future, I think, standing on that steep sunny slope in the oak woods of Ulez Commune.

“Ulez,” Acer tataricum, the Tatar maple, with red leaves on left. The Ulez area is named after this species because it is so common in the area.