You are here: Home » Blog » Consultation » Underpass for Elephants

Yes, that’s under “pass,” not “pants,” which would be even more unusual.  Not than an underpass for elephants is a usual thing, even in Kenya.  In fact it is the first one the Lewa Wildlife Conservancy staff know about.

On the morning after our trip to the Samburu District community conservancies we had a meeting scheduled with Ian Craig, one of the owners of the ranch that became the Lewa Wildlife Conservancy, and founder of the NRT.  It was an intense, fascinating discussion in the “boma,” a thatched semi-outdoor meeting space at NRT and LWC headquarters, on a warm sunny morning.  Ian’s phone rang every ten or fifteen minutes.  He apologized, but took the calls – he was getting frequent updates on the follow up the attempted poaching of a black rhino last night.  One team of scouts was tracking the poachers, who entered the conservancy at night, crept up on the resting rhinos, and fired some shots with an automatic weapon.  Another team was trying to find the rhinos, not knowing if one or more of them had been hit and wounded before running away.  They had found the cartridges, and the place where the rhinos were resting – only a very short distance apart. 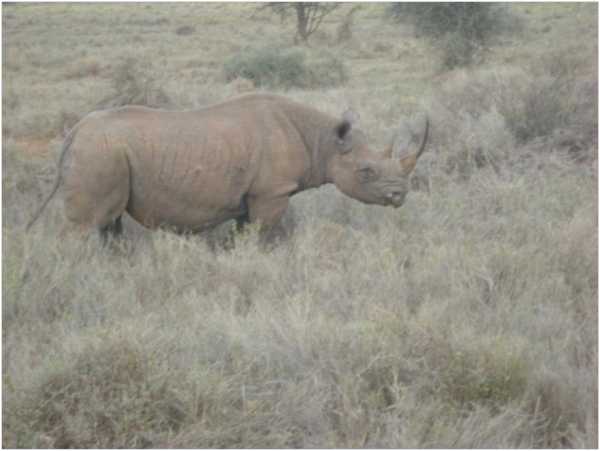 Ian first mentioned the ele underpass to us, and suggested we follow up on the story with Mike Watson, director of LWC.  We brought it up when we met later in the morning with Mike.  His phone was ringing too at about the same pace as Ian’s.  He told us that among the group of collared elephants at Lewa that were being tracked, their tracking records would show one of them cross the road and go up onto Mt. Kenya.  They came to call this one “Mountain Bull.”  What they realized was that this elephant was probably following a historical movement corridor from the plains of Lewa and farther north, through a remaining forest patch called the Ngare Ndare Forest, up onto the mountain.  But it appeared to be a tradition that was nearly lost.

Still, on the strength of the evidence, and as something of an experiment, an elephant tunnel, or underpass, was constructed under the Nanyuki to Isiolo road, from Lewa to the Ngare Ndare.  This was a concrete box four and a half meters high and the same wide under the road at the bottom of a small drainage that seemed a natural place for elephants to move up and down.  The electrified game fence that surrounds Lewa was funneled into the tunnel, and more fencing on the uphill side opened toward the sparse cedars of the lower forest. 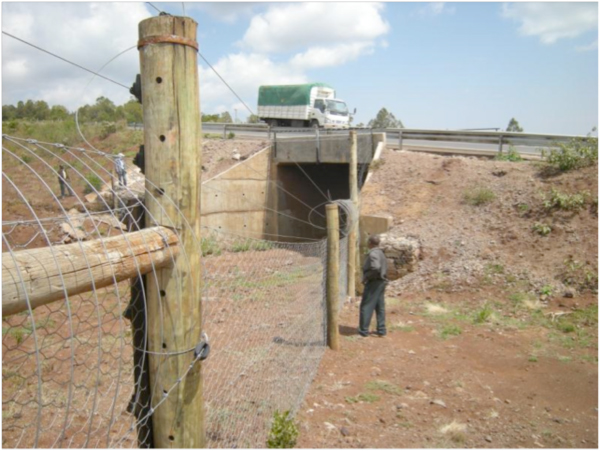 Elephant tunnel under the highway

From an estimated three or four elephants a year going up onto the mountain from Lewa, Mike said he thinks there have been 250 in the last six months since the underpass was opened. A collared bull nicknamed “Tony” was the first to use the tunnel, only four days after it was opened.  Mike took us into the elephant tracking room at the headquarters, where a large flat screen monitor displayed a Google Earth map with colored lines showing the movement patterns of a number of collared elephants. Elephants that pass through Lewa also move long distances to the north, into the community conservancies we visited yesterday.  The Samburu elephant population is thought to be the second largest in Kenya, numbering around 7,500 animals, and around 2,000 are thought to inhabit the forests surrounding Mt. Kenya. 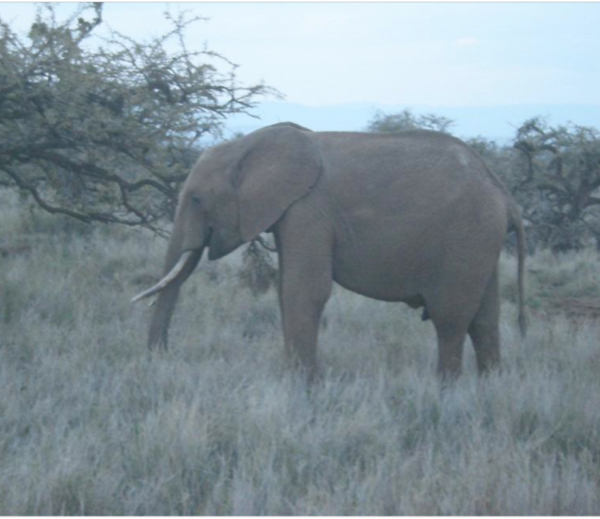 An article in the Journal of Heredity,  “Population Genetic Structure of Savannah Elephants in Kenya: Conservation and Management Implications” from May, 2008, will give you a start on answering the question. Visit http://jhered.oxfordjournals.org/content/99/5/443.full.

But is seems probable that the bulls that wander up from the plains probably do – or historically did – mate with the resident forest females, keeping the genes flowing.

Oh yeah, and the rhinos.  When we left on Wednesday morning, José Kalpers, CEO of the NRT, told me that the rhinos were fine: despite a full moon and the close range the poachers had somehow missed. 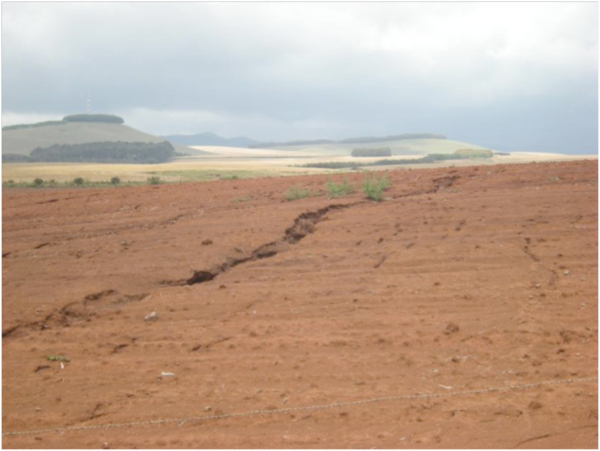 Former forest around Mt. Kenya is now the wheat belt, cutting off movement of elephants and other wildlife 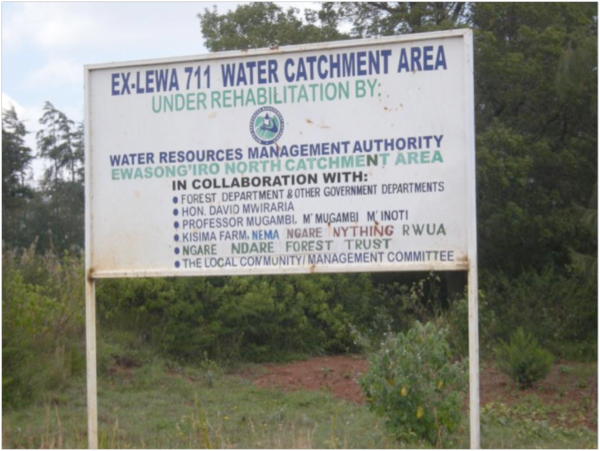 Reforestation near the Ngare Ndare Forest on Mt. Kenya 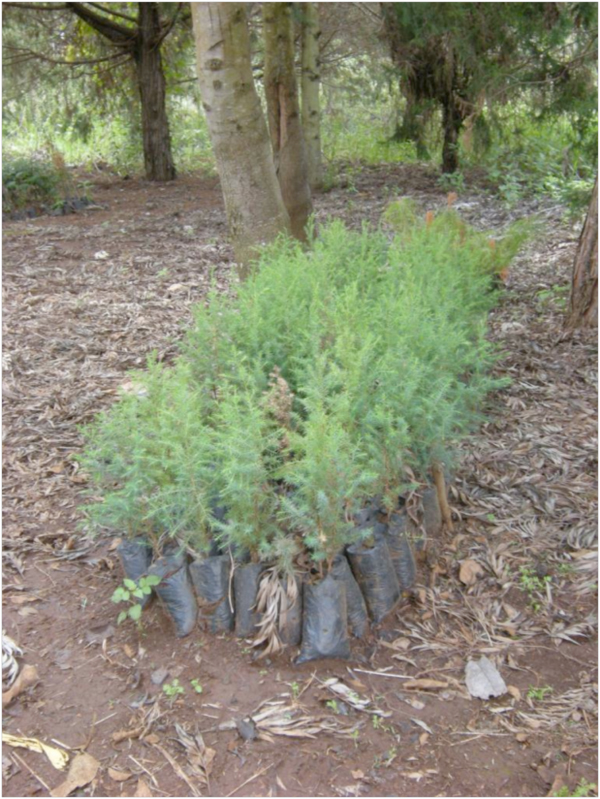 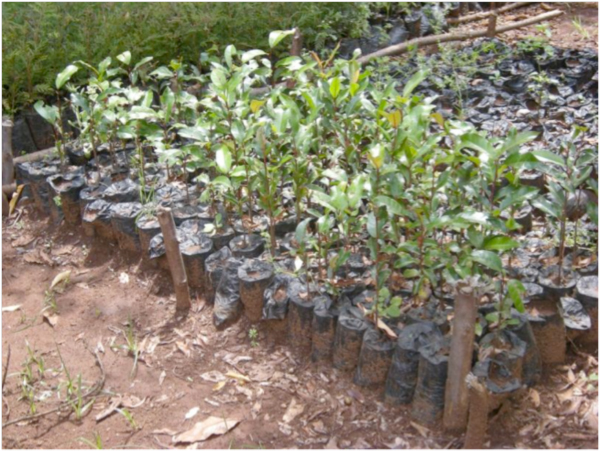 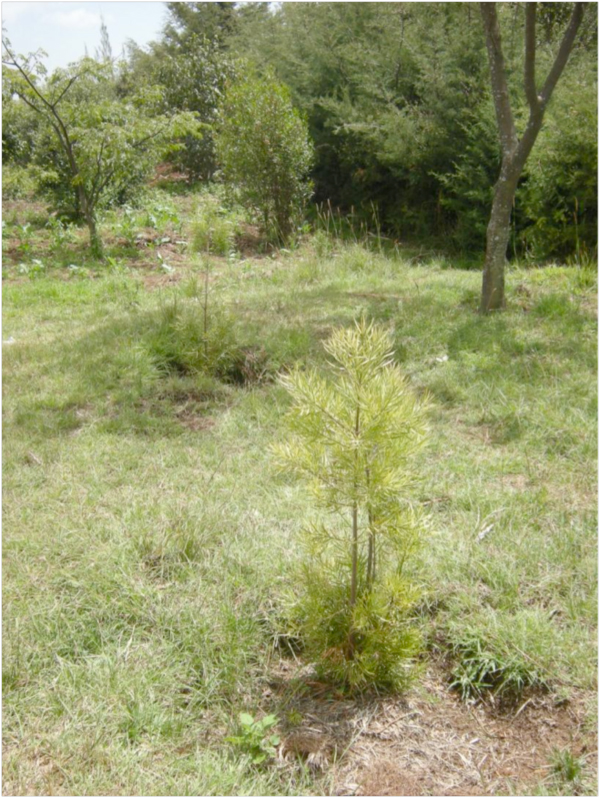