We left Nairobi on Saturday afternoon in an underpowered old white minivan, driven by James, a driver hired through one of the countless safari tour companies in Nairobi, and fought our way through the endless glut of traffic for more than an hour.  In Thika it finally thinned out and the diesel fumes slowly cleared from our brains as we passed through lush green farming country, climbing slowly on a contour around the west side of Mt. Kenya to Nanyuki.  It was cool, and from time to time the grey clouds let loose another downpour.  The driver kept remarking “these people here, they have food!”  Indeed, these highlands surrounding Mt. Kenya, Mt. Elgon, the Aberdare Mountains, the Mau Escarpment, and other parts of southwestern Kenya are the breadbasket of the country.

Here, in about 20% of the land area of Kenya, it rains enough to grow rainfed crops.  In fact, in some places it rains up to 2,000 mm a year, more than six feet!  Volcanic soils, combined with water, make for fertile country.  It was in these areas that montane forests were the natural vegetation, but now more than 90% of those forests have been cleared for agriculture.  Some intact native forest does exist, however, and we intended to see some as part of our assessment of the status of biodiversity and tropical forests in Kenya. 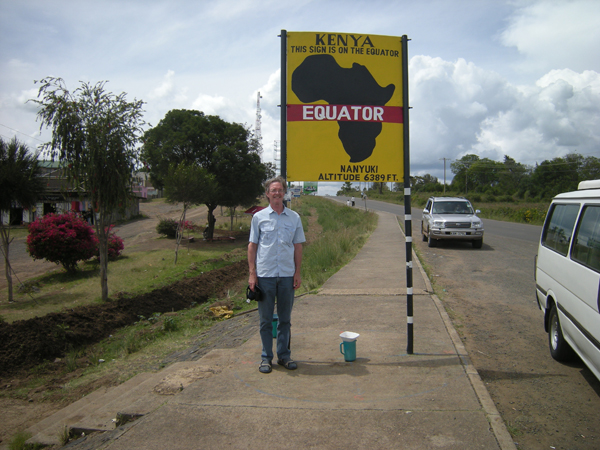 In the farming town of Nanyuki we turned east toward the mountain, which was hidden in the thick clouds.  The night was spent in at the upscale Mt. Kenya Safari Club, an old hotel set inside its own private wildlife conservancy with a grand view of the mountain – when it wasn’t hidden in clouds.  This would be the first and only night of my life that I’ve slept exactly on the Equator. 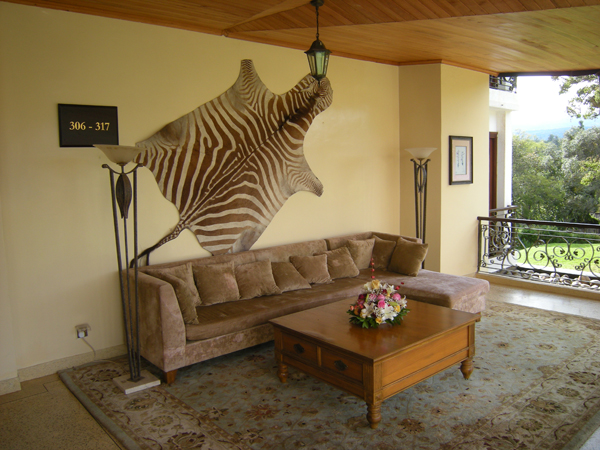 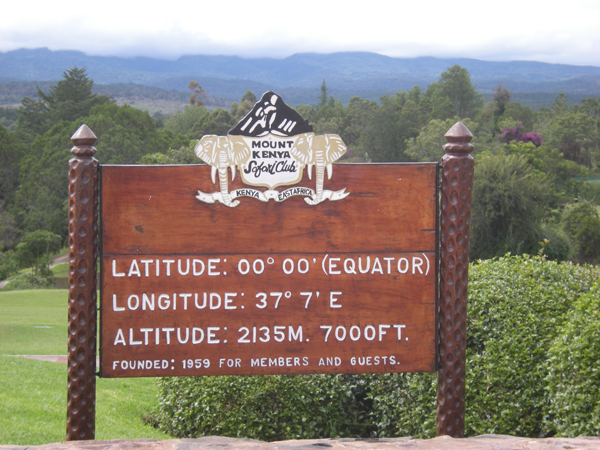 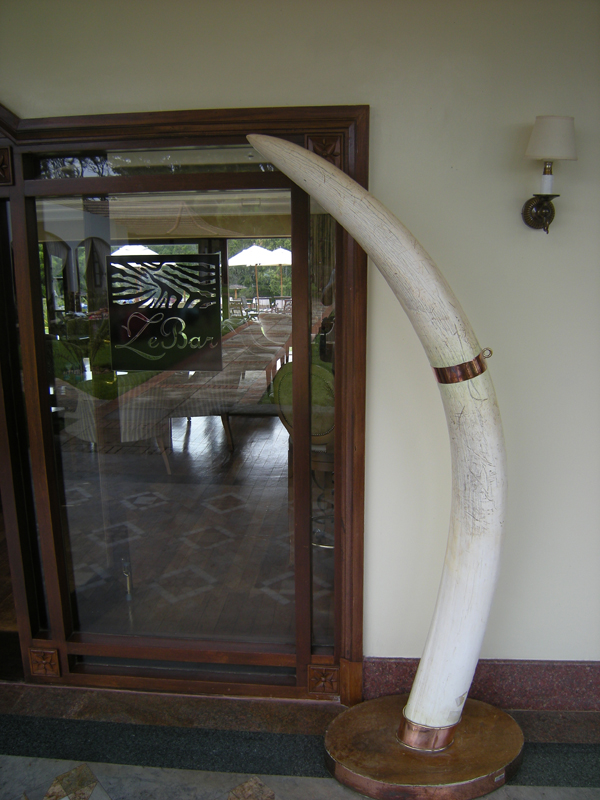 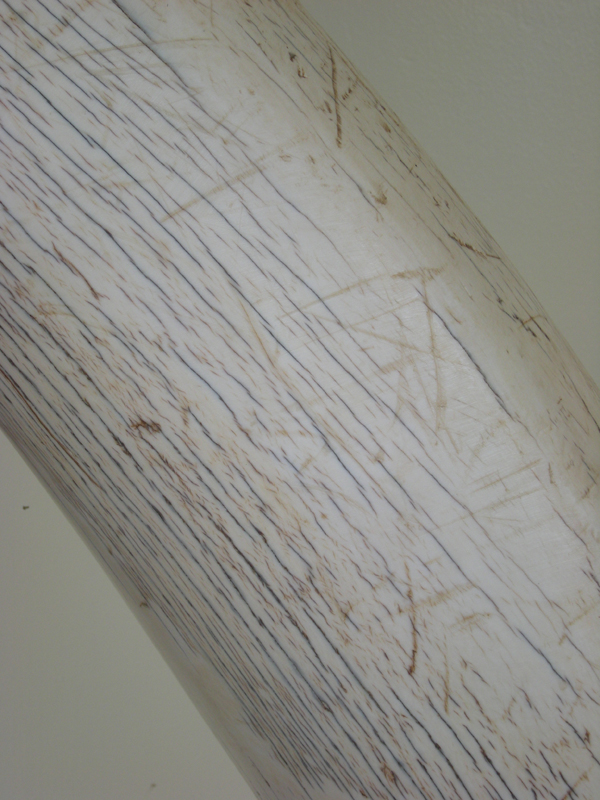 At dawn, the peak was clear, silhouetted by the rising sun.  Within a few hours, clouds closed in again. 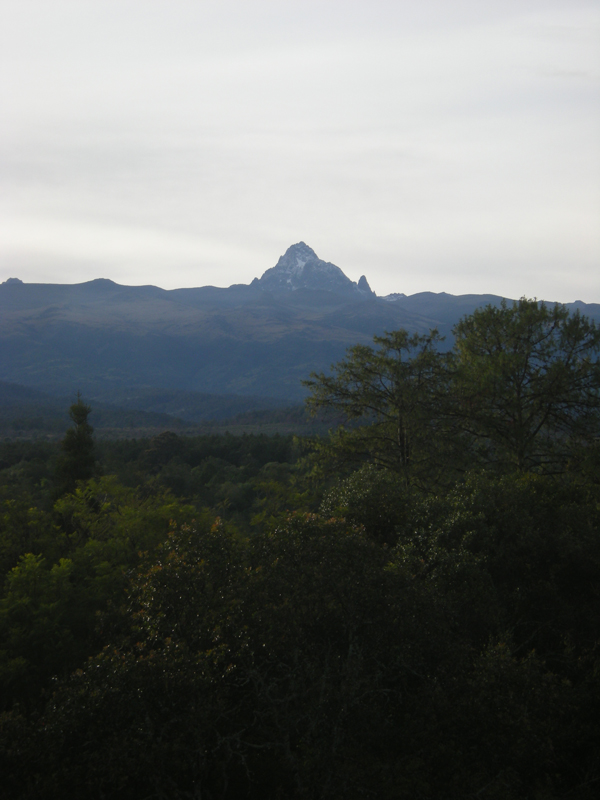 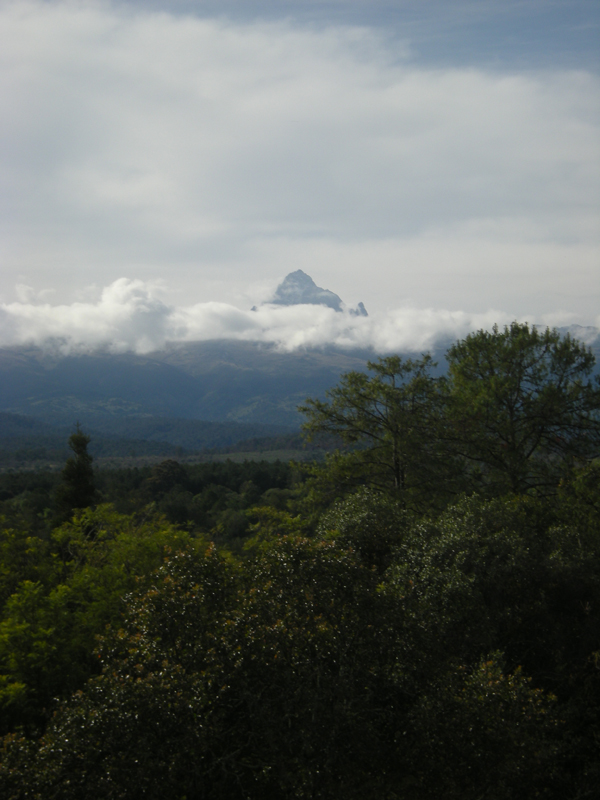 Wandering the grounds with binoculars after breakfast I found the red bottlebrush trees hopping with sunbirds – Africa’s equivalent of the hummingbirds of the New World.  Sunbirds drink nectar like hummers, but don’t hover.  For some reason I’ve never heard explained, they also share the characteristic of brilliantly reflective feathers – reds, oranges, blues, purples.  I saw eight species in all – Amethyst Sunbird, Eastern Double-collared Sunbird, Northern Double-collared Sunbird, Beautiful Sunbird, Scarlet-tufted Malachite Sunbird, Purple-breasted Sunbird, Golden-winged Sunbird, Bronze Sunbird,  — plus another score of species of other birds, including very tame crowned cranes that wandered the lawns of the hotel. 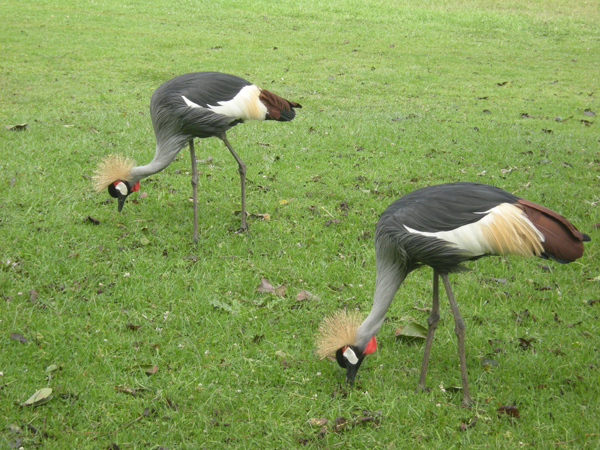 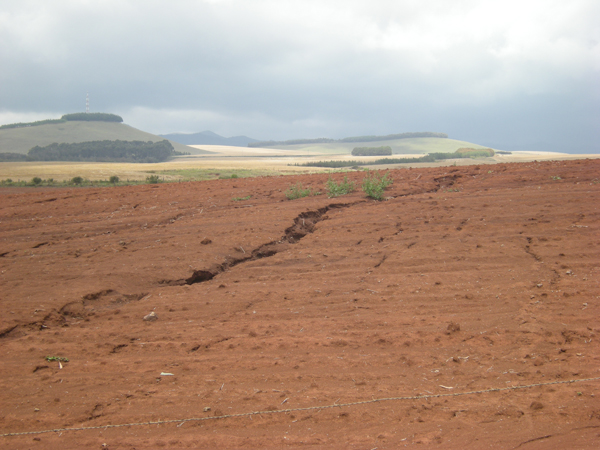 After a leisurely morning, we drove north and around the mountain, through the belt of giant wheat farms that circle the western and northwestern side of the mountain, a rainshadow zone with just the right climatic conditions for temperate zone wheat here on the Equator, because of the altitude. This wheatland too was once lush mountain forest, full of birds and primates, chameleons and forest elephants.

Then the road dropped steeply down the north side of the mountain to the lowlands of Lewa Downs, home of the Lewa Wildlife Conservancy, a protected area on private land with a thriving, high-end wildlife tourism business, which also serves as headquarters for the Northern Rangelands Trust.  We would start learning about the work of the NRT and Lewa over the next two days.

But first we wanted to see a bit of the wildlife the place is famous for, so after dropping our bags at the Lewa guest house where we were staying, their head driver Zakayo took us on a quick tour around the rough dirt roads of the conservancy.  Within minutes we saw some of the white rhinos that are protected here.  Lewa has significant populations of both black and white rhinos, and the scouts and resources to mostly fend off the commercial poachers who still make occasional raids into the conservancy. 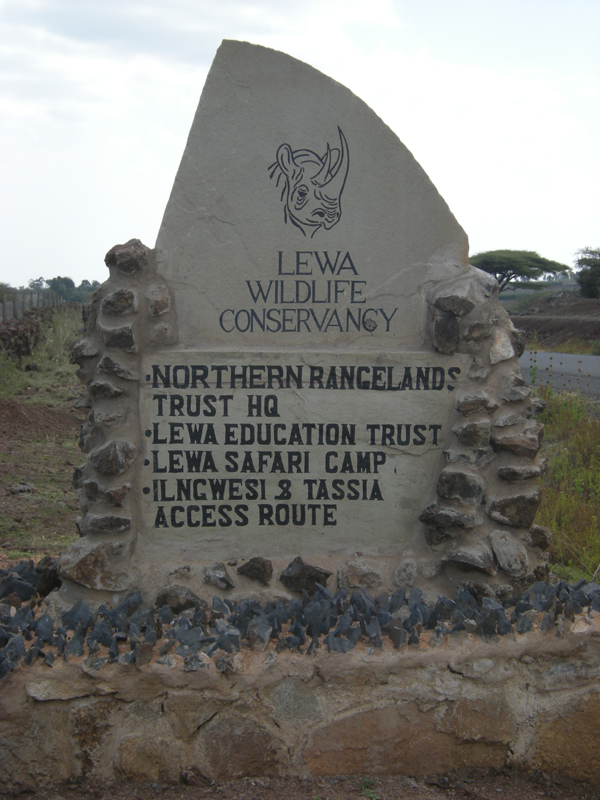 Within half an hour we had encountered a cheetah and her twin, mostly-grown cubs.  They must have eaten well recently, because they were relaxed and in no hurry to move as we sat in the Land Rover a few meters away.  The cubs romped and wrestled like kittens, until finally mom got bored, or had an inspiration, and got up the walked off to the northwest. 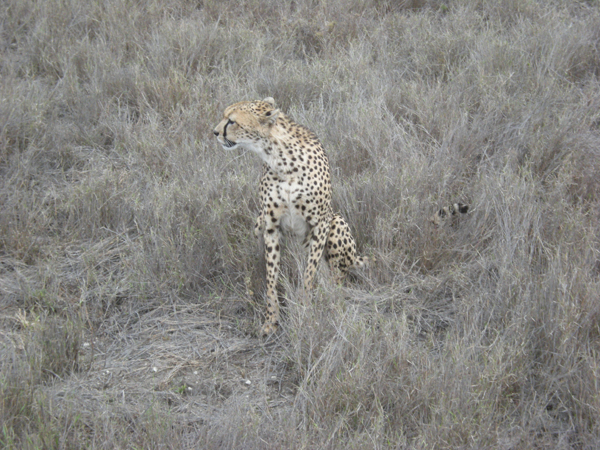 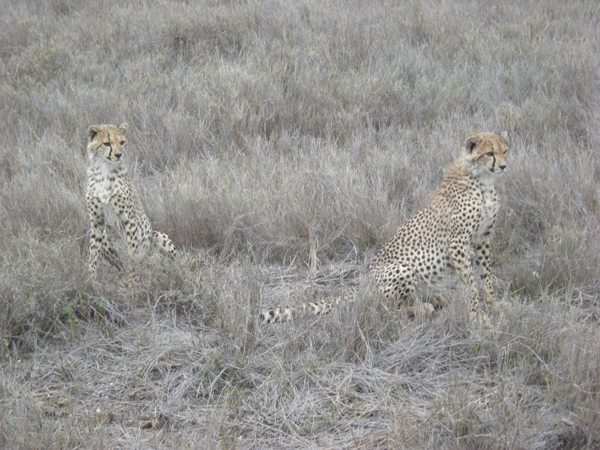 Dusk was coming on as we drove along the edge of the swamp that flows through Lewa, and suddenly movement, and spots –, a leopard moving at the edge of a small ravine and then disappearing over the bank. Driving slowly along in the direction it was moving, it appeared again, and disappeared again. We played hide and seek for maybe ten minutes, never getting more than about a twenty second glimpse, but it all added up to the best and closest of view of a leopard in my life. Then it was almost dark, and we arrived at Ngiri Guest House to warm up by a nice fire in the livingroom fireplace before dinner.

A full moon came up, the generator shut down and I read a little longer by candlelight. Before I fell asleep the booming roar of a lion, unmistakable once heard and recognized, told of the nearby presence of another of the big cats of Africa. Dawn view from Ngiri Guest House. 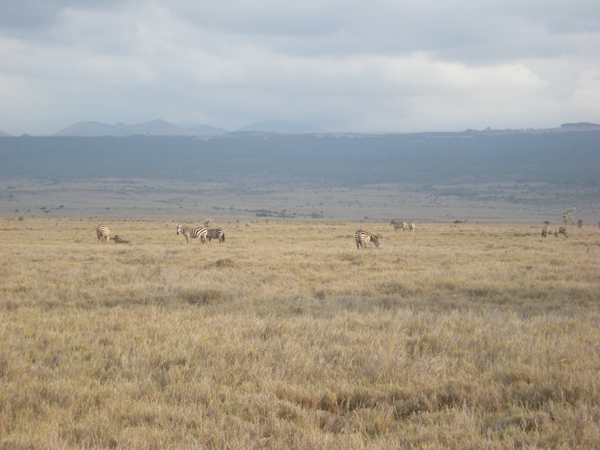 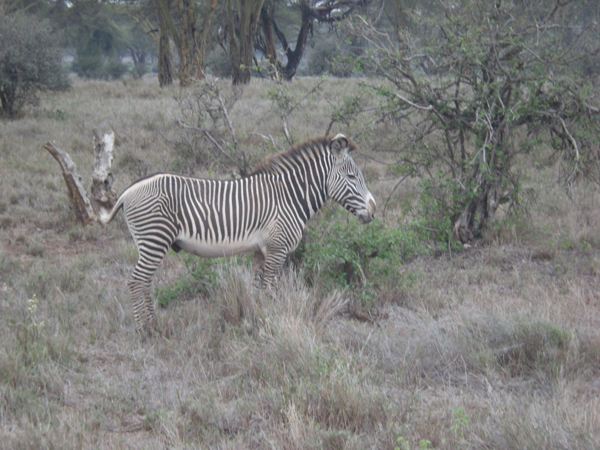 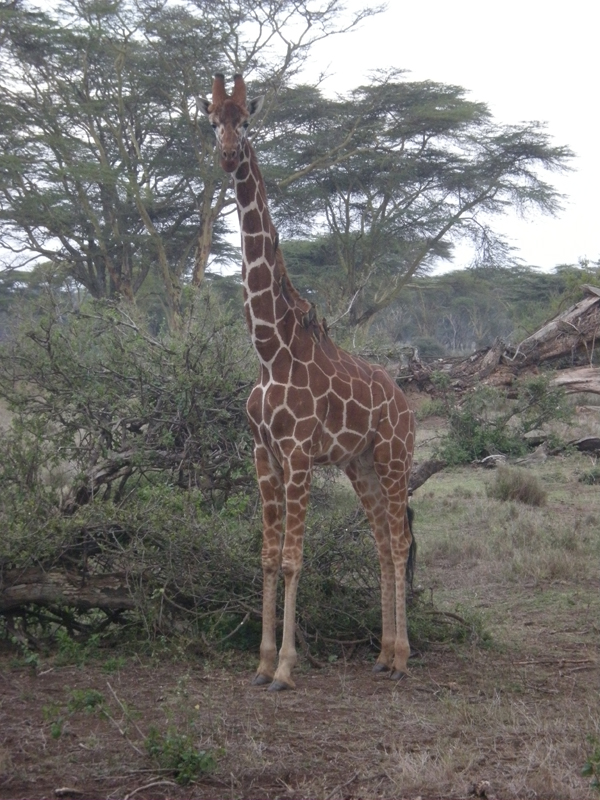