You are here: Home » Blog » Biodiversity » A Strategy to Stabilize the Agricultural Frontier and Conserve Biodiversity in Malawi

April 2013. The biggest threat to biodiversity worldwide is the conversion of natural ecosystems to agriculture. It follows that the highest-priority action needed to conserve biodiversity is to stop this conversion by stabilizing the agricultural frontier, especially on the fringes of national parks, forest and wildlife reserves, and other areas that still support natural ecosystems. This is clearly the case in Malawi.  And, through two biodiversity conservation projects funded by USAID that I’ve been evaluating recently, a “success story” is emerging.  Four of the activities being promoted by these projects seem to be synergistic, each enhancing and enabling the other, working together to slow or stop agricultural expansion, and even allow the natural regeneration of the biodiverse miombo woodlands found here. 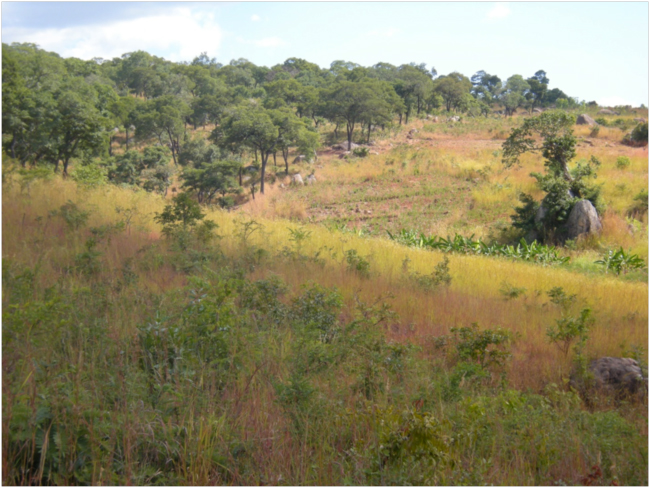 A sharp line between native miombo woodland and agricultural fields marks the boundary of the Mulanje Mountain Forest Reserve at Nantali Village, with trees resprouting in fallowed former fields in the foreground.

One key part of this synergistic strategy is what Total Land Care, the implementer of the USAID-funded Kulera Biodiversity Project, calls “conservation agriculture.” The fundamental elements of conservation agriculture are: minimum or no tillage, which prevents soil erosion; mulching with crop residues to control weeds and maintain soil moisture; crop rotation with legumes to maintain soil fertility; and, generally, use of small amounts of herbicides to control weeds, fertilizer inputs, and sometimes hybrid seeds. These farming practices significantly increase yields and reduce labor on the same area of land, and thereby reduce pressure to clear new land for agriculture. 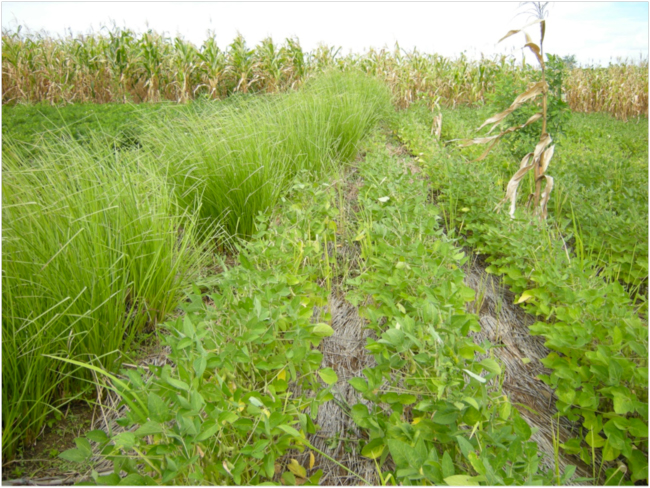 Conservation agriculture with rotation of maize, soy, and groundnuts, and vetiver grass strips and mulching for soil and water conservation, in the border zone of the Nkhotakota Wildlife Reserve. 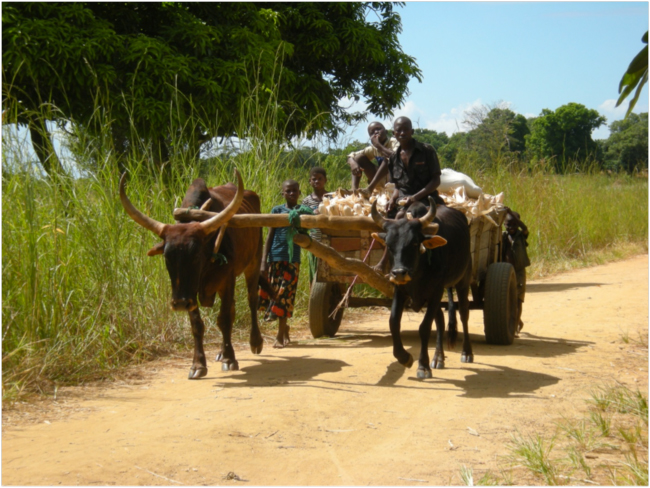 Bringing in the maize crop, Mpumo Village, in the border zone of the Nkhotakota Wildlife Reserve. 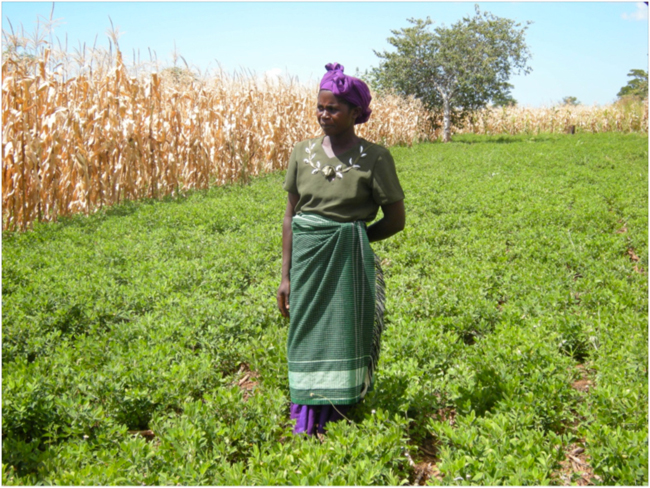 In some places conservation agricultural practices even make it possible for farmers to stop farming on less-productive land.  When they do, thanks to the amazing resilience of miombo woodland trees, a native woodland often regenerates rapidly from roots and stumps on the fallowed land.  Within a period of only a few years some farmers can have a small on-farm woodlot of native trees. 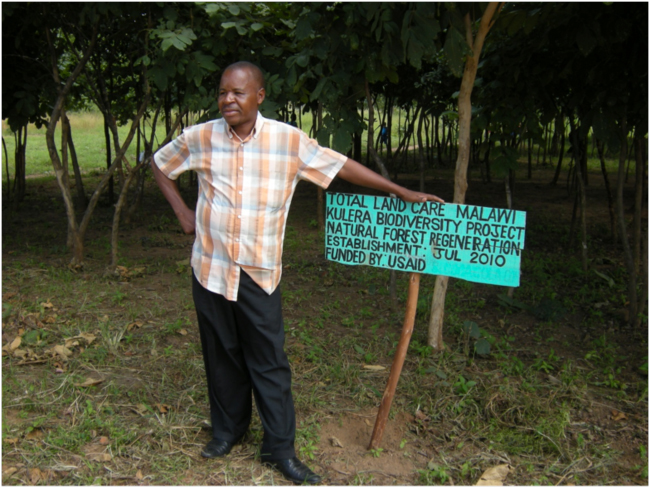 Steven Kumwenda with his on-farm, natural-regeneration woodlot, in the border zone of Vwaza Marsh Wildlife Reserve.

On a farm near the Vwaza Marsh Wildlife Reserve , Steven Kumwenda had decided to allow an area one-third of a hectare in size next to his house to regenerate naturally.  This land had been cultivated by his father, he said, but when he began to protect the resprouting trees, he soon had a dense young woodland.  He is now cutting and pruning some of the trees, and using the wood for fuel and poles for construction.  The firewood he can now harvest from his own woodland patch is enough for his family’s needs, mainly because of the fuel-efficient brick and clay stove that the Kulera Project taught his wife to build.  A pot of beans now takes “only three sticks” to cook, he said. 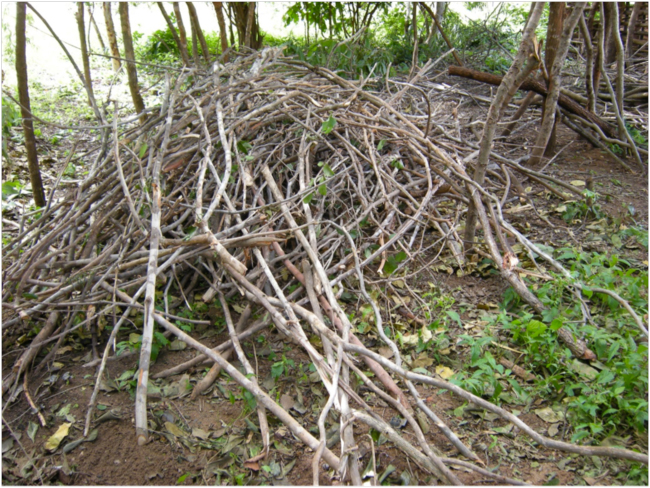 Firewood is the main cooking fuel in Malawi, used by an estimated 97% of rural households.  In urban areas, charcoal is used more commonly by those who can afford it.  The traditional way of cooking meals is to place a pot on three rocks or bricks, and feed sticks of wood in from three side to the fire under the pot.  Measurements show that only about 10% of the energy in the wood gets transferred to the cooking pot using this method.  Women are responsible for cooking, and usually for collecting firewood.  It’s not uncommon to see women and girls walking along the roads with loads of bundled firewood on their heads that weigh nearly as much as they do. The time and labor required for fuelwood collection can be a substantial fraction of a woman’s work. Demand for firewood puts pressure on natural woodlands, causing a loss of biomass and biodiversity, and a loss of trees on farms as well. 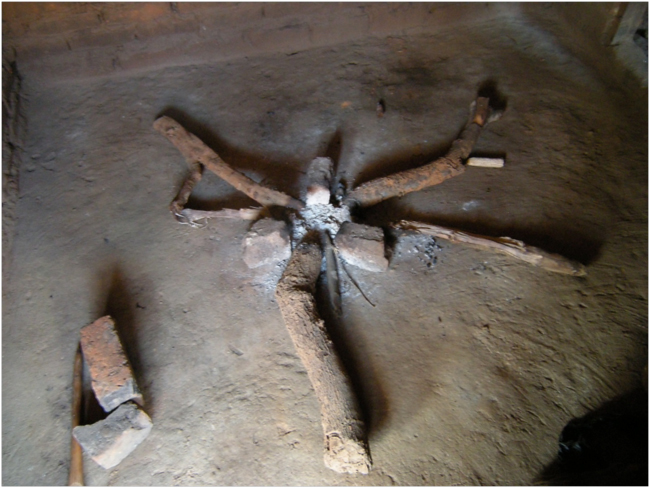 The Kulera Project has been introducing a new, more fuel-efficient cookstove design.  Made of local bricks and clay, the stove contains the fire, channels the heat more efficiently to the cooking pot, and holds and maintains the flame and heat better.  The effiency of these stoves has been measured at 17%, almost twice as efficient at converting wood energy to cooking heat as the three-stone fire – and thus using only about half the wood, and requiring half the wood-collecting time and labor, compared to traditional cooking.  Although women in rural villages can be fairly conservative, and it can take some time before they adopt the new stoves, eventually it seems that the advantages are so obvious that most women do build and use them.  In Nkhamayamaji Village on the southeastern edge of Nyika National Park, for example, village people estimated that more than nine in ten women were now using the new stoves. 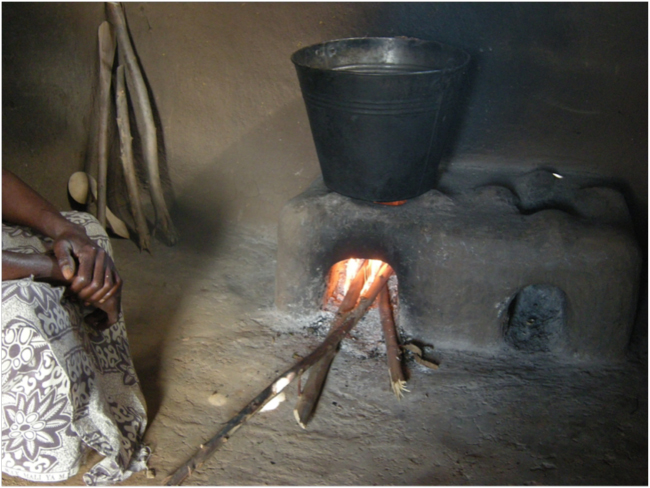 In the Mulanje Mountain area of southern Malawi, where the MOBILISE Project is working, population density is much higher, farms are generally much smaller, and woodland scarcer.  MOBILISE has promoted another type of energy-efficient cookstove, a pot-like stove made of fired local clay by village women who have been trained in its production.  A study based on in-village measurements of firewood consumption showed that these stoves use about half as much wood as three-stone fires, similar to the fixed-stove design being promoted by the Kulera Project.  One advantage of the clay-pot stoves is that they are portable, and can be moved around within the kitchen, or to an outdoor kitchen, or between kitchens, retaining one of the benefits of the old three stones.

These USAID-funded projects are also promoting the propagation and on-farm planting of fast growing non-native trees such as Senna siamea, which within a few years can be cut for poles and firewood. 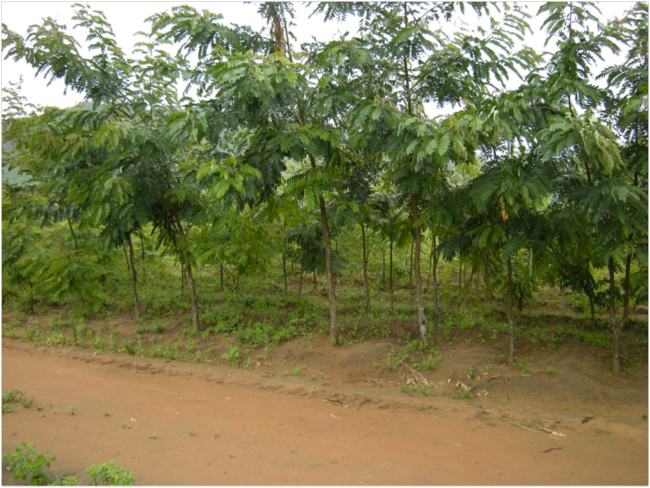 Improving agricultural yields from the same amount of land through skillful farming.  Allowing native woodlands to regenerate.  Conserving fuelwood through more efficient cookstoves.  Planting trees as well as food crops on farms.  This simple suite of activities has the potential to stabilize the agricultural frontier in many of the border-zone villages we visited around the protected areas of Malawi, and thus reduce the main threat to biodiversity here – the expansion of smallholder agriculture.

Of course, if the human population continues to grow as rapidly as it is now in these same villages, the pressure to expand farms will eventually build again.  Continuing rapid population growth is a strong underlying “root” cause of threats to biodiversity.  Key factors leading to a “demographic transition”  and a drop in fertility to replacement level are the education of women, the degree of financial independence of women, and level of maternal and child health. Any future biodiversity programs and projects should not only continue to stabilize the agricultural frontier, but also include activities to transform these factors and bring about a demographic transition in these rural villages.